Save the Mothers is a program that equips birthing attendants in the Maasai community with knowledge on safe birth and resolving the most common obstetric complications. Because their villages are so remote, the Maasai often have no access to maternal care and deliver their babies in mud huts with no medical professional present, only a traditional birthing attendant (TBA). When complications arise during delivery, mothers die preventable deaths simply because no one present knows how to save them.

Our goal is simple: equip TBAs with the knowledge needed to Save the Mothers.

A Program Is Born

It all began at the beginning of the COVID shutdowns in 2020. Though COVID took so much, it also gave us all some things: more time to sit, reflect, and maybe even dream.

At the time the shutdowns began, Kassie Stanfield was a certified public accountant (CPA) working in Washington, DC. A panicked call from her sister over her daycare shutting down resulted in a cross-country drive and seven weeks in lockdown and work-from-home with her sister, brother-in-law, and ten month old nephew. After speaking with her sister one evening about a complication she faced during labor, Kassie was struck with the heavy reality that had her sister been living in Maasailand, this simple complication would have killed her.

The next morning, while doing her Bible study Kassie suddenly got the idea that became the basis of Save the Mothers. “The idea just hit me all of a sudden: what if we could take a combat medicine approach to obstetrics? It may not always be pretty or perfect but with simple techniques you could save a lot of moms that die of common complications. I was just sipping my morning coffee. And I had never before had an idea I felt confident was from the Lord or ever had an experience when I felt I had heard God so clearly, but I did that day. And I believe the fact that 18 months later the program is working and saving lives despite the fact that it was thought up by a CPA is proof that the hand of God is all over it,” Kassie says.

The Why and How

The best estimates we have been given is that one in nine Maasai women will die in childbirth or as the result of a maternal complication. That can either shock us and make us believe the problem is too large or motivate us to work faster and harder. We choose the latter.

So how does Save the Mothers work? The program begins with bringing in traditional birthing attendants (TBAs) for week-long intensive safe birth training programs. During the week these Maasai women will learn risk factors and indicators of complications as well as what to do in emergency situations when complications arise. The class is taught by program director Mercy Kimaro, a certified Tanzanian midwife who has extensive experience working in community outreach in women’s health in the Maasai community.

After graduation, these TBAs return home and become advocates, facilitating discussions on women’s health in their villages and sharing the life-saving information that they learned with other traditional birthing attendants in their area. We continue by tracking graduates’ progress, deliveries, testimonies, and challenges. The program also includes a series of in-person follow-ups to conduct refresher trainings and facilitate community outreach by providing mobile maternal/fetal health clinics in remote areas of Maasailand.

One evening Mercy, Save the Mothers Director, received a call from, Ngoije, one of our traditional birthing attendants that graduated the program in class two. A village far from where we have been training had a mother who died right after delivery. The family had heard that Ngoige, our TBA, had been in the Save the Mothers program at Neema Village and knew she was a community leader, and called her begging for help and saying that the baby would die without someone to rescue him.

Baby Salepo arrived at Neema Village at two days old. When they arrived, Ngoije told the story of what happened to the mother. Ngoije correctly diagnosed that retained placenta had been the problem, told Mercy how she would have resolved the issue had she been there, and said that she was sad because she knew the mother should not have died. Kassie and Mercy were both saddened to know that this mom could have been saved if we had gotten there sooner with the training.

Meanwhile, the same day we learned that another TBA, Nalepo, from class one had been called about a mother that was in trouble after delivery and the attending TBA (who had not been in Save the Mothers) did not know what to do to help her. After talking on the phone about the problem, Nalepo knew the mother had a retained placenta and told the family to get her to the clinic and she would meet them there. When they arrived at the clinic, the doctor on duty saw that retained placenta was the issue but told the family that he did not know what to do to solve the problem. Nalepo explained to the doctor that the placenta needed to be manually evacuated. After she explained, the doctor called the nurses to glove her and our TBA performed the manual evacuation procedures she learned in class at Neema Village. A few hours later, the family, baby, and mother all left the clinic perfectly fine. They left one shocked but happy doctor and staff at the clinic.

Nalepo with two young mothers she helped deliver safely and their babies. 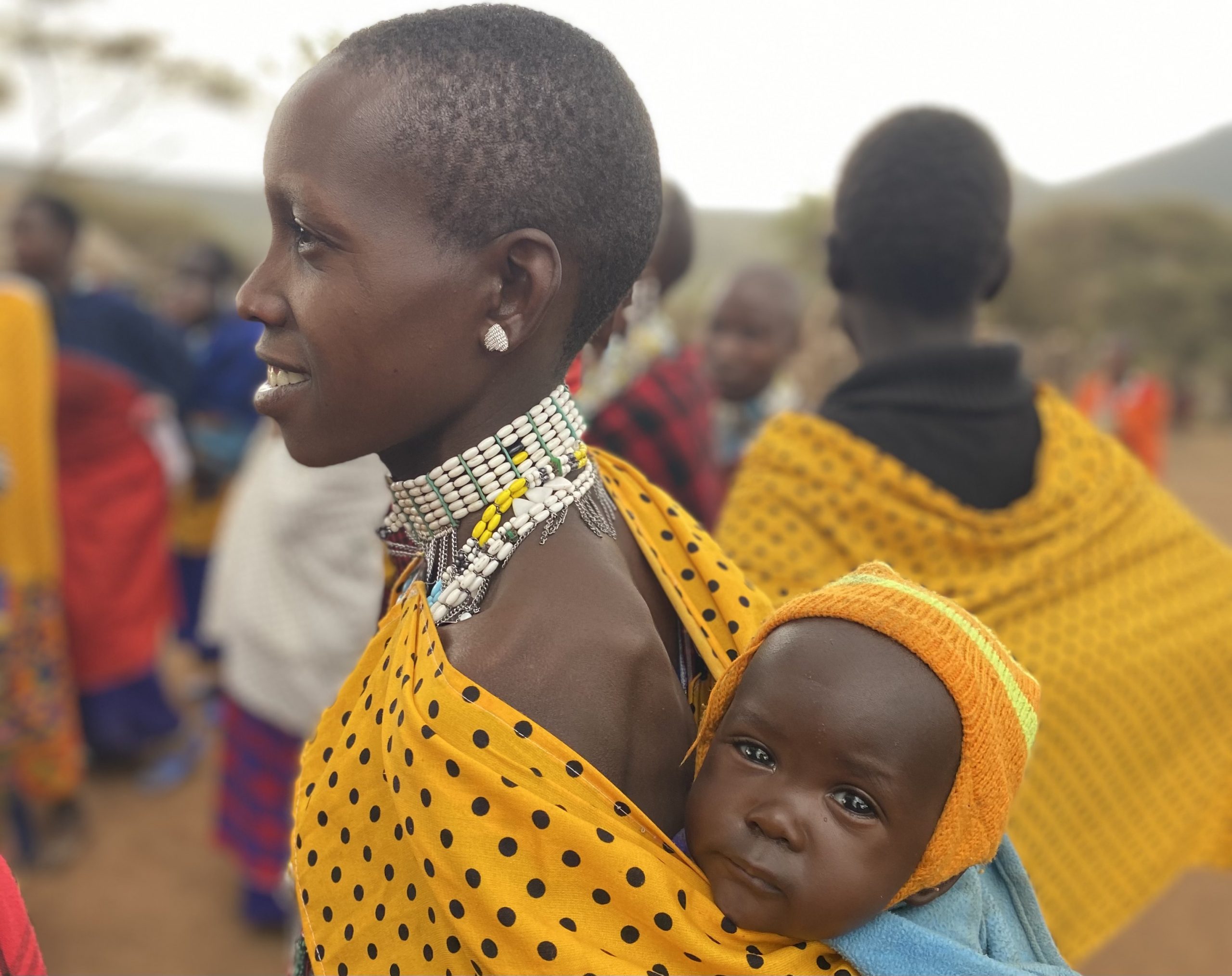 Subscribe to our e-newsletter
Religion that God our Father accepts as pure and faultless is this: to look after orphans and widows in their distress and to keep oneself from being polluted by the world.
James 1:27 (NIV)