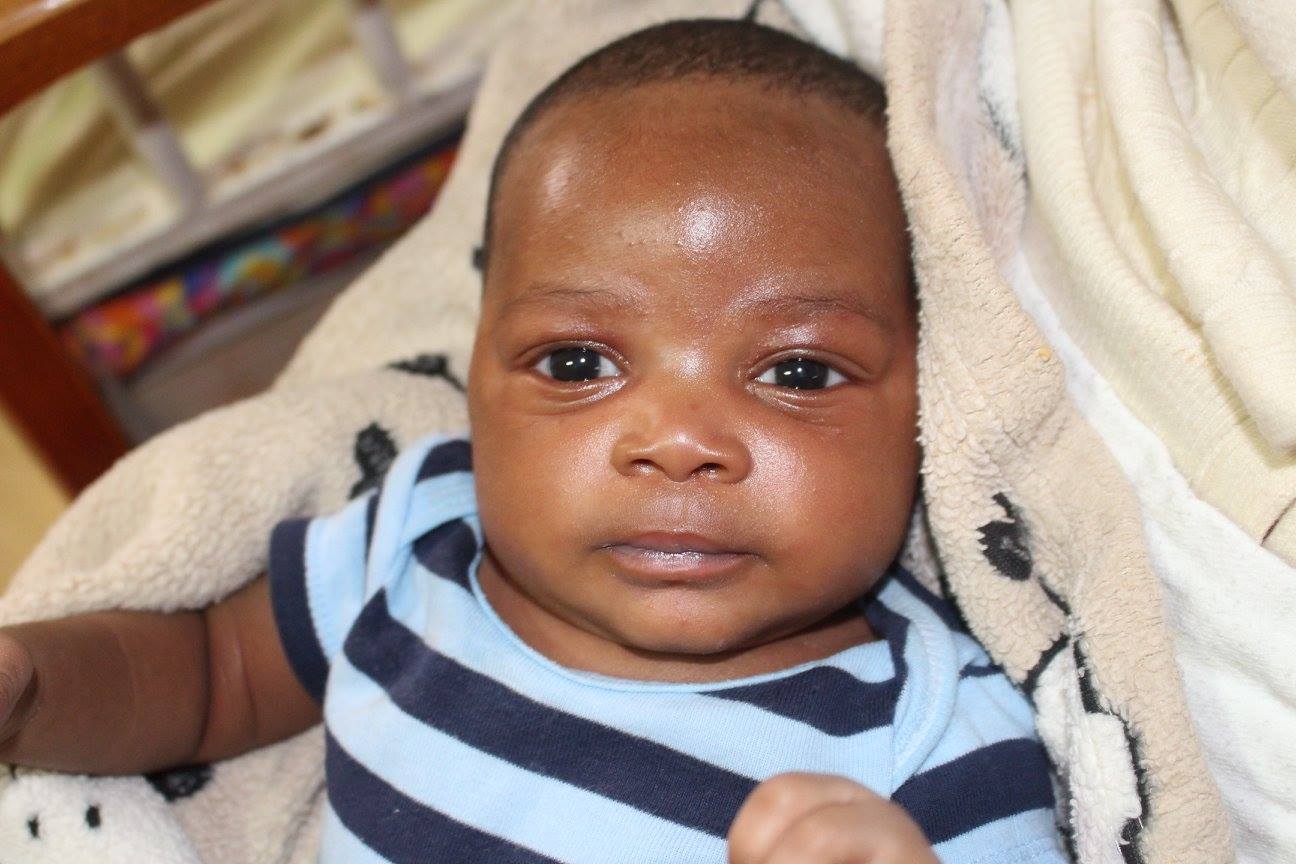 Peace Joy came to us in October 2017. Weighing a little over 8 pounds, Peace is a beautiful little boy who came to Neema a couple days ago. He was born on the 29th of August, 2017. After he was born, his mother was not feeling well and she went to the hospital two times for help. She was still not getting better so she went to the church for prayer after which the church took her to the hospital again. She became weaker and, sadly, she passed away shortly after. The father is not known so her family was contacted. They made the long trip to pick up her body and her baby. The grandmother named him Peace Joy and took care of him until social welfare could help. Hopefully he will be able to go home with grandmother when he is stable and off the bottle.