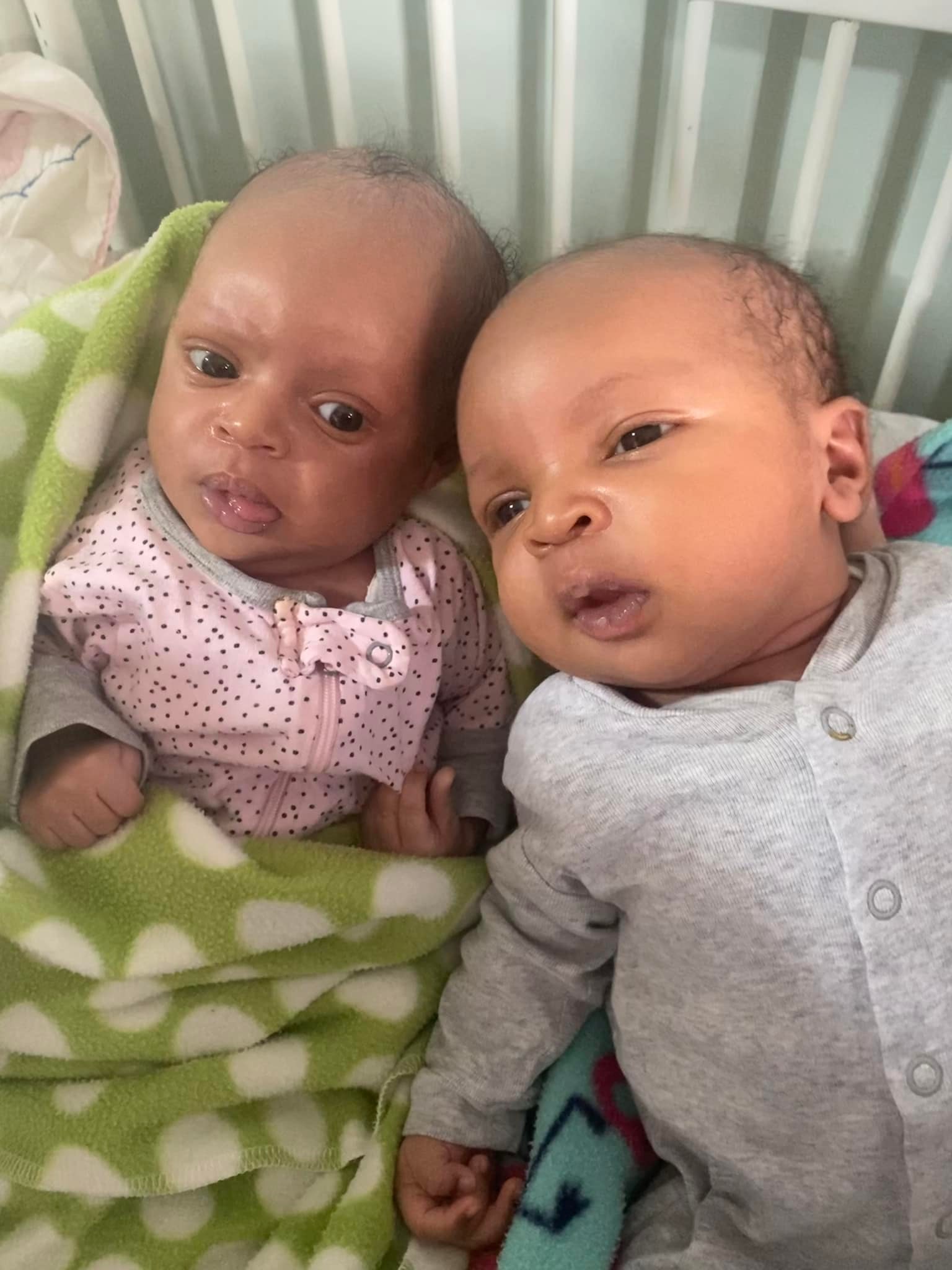 Gian and Giana were born March 12, 2022. They came to Neema at twenty-one days old. Gian is a big boy weighing 4.2kg (9.25lbs). His little sister Giana weighs 3kg (6.6lbs). Their mother sadly passed away due to blood loss. She tried going into the hospital a couple times but they could not get the bleeding to stop. The hospital was ready to give a blood transfusion but it was too late. This is a heartbreaking story, all she wanted was to be a mom. Her first baby died and then she had twins and they also died. She then had Gian and Giana and she passes away after only three weeks with them. She was only thirty two years old. The family came to see them settled in. The dad is still in shock. The aunt has young kids of her own. Maybe when the twins are bigger a relative can care for them. Until then Neema will do what we do and love and care for these precious babies.
Please consider sponsoring these cuties while they are here. Go to www.neemavillage.org to find out more. THnak you !


How to Sponsor a Baby