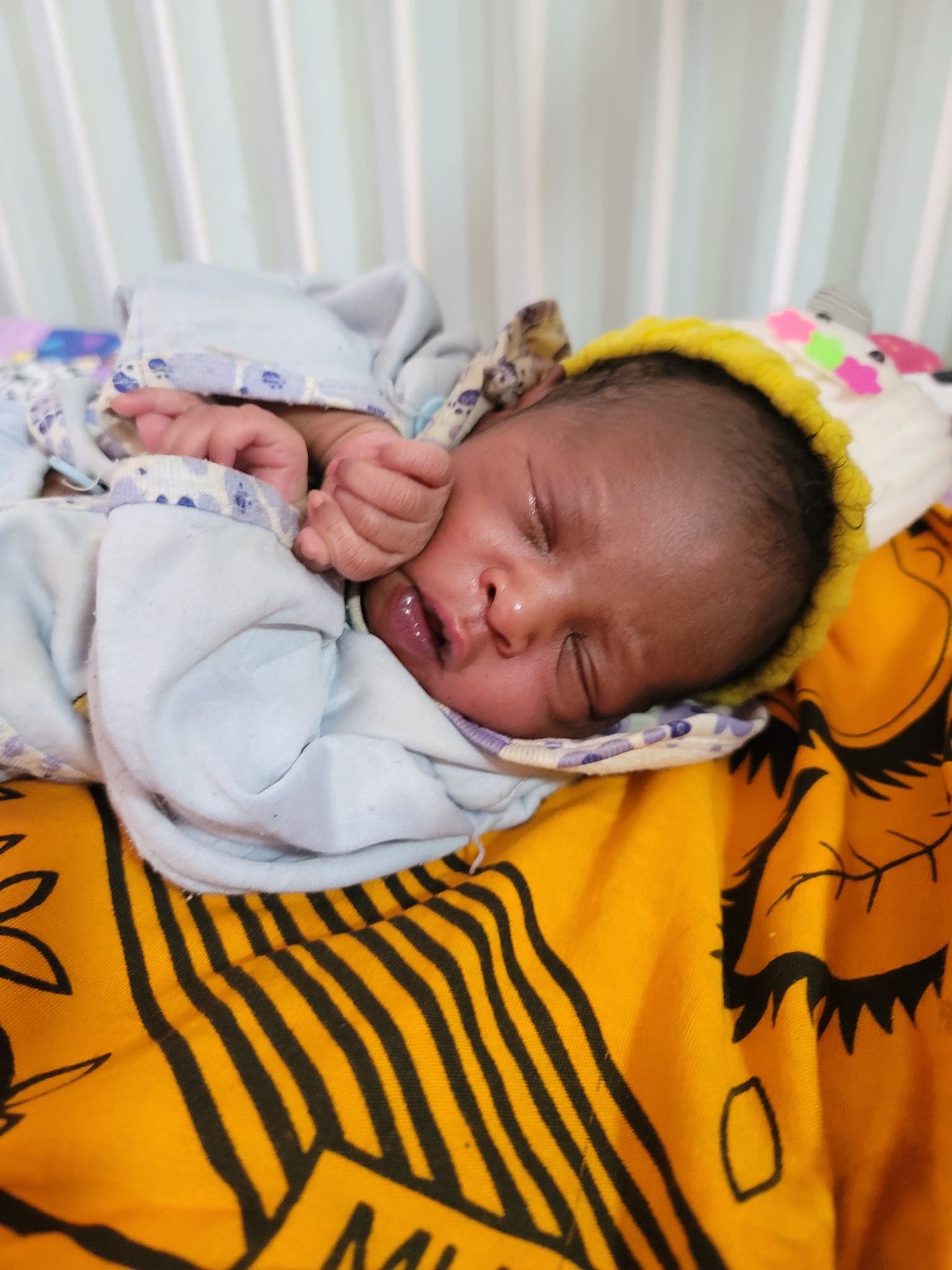 January 2021- Daudi came to Neema  (Jan 26th) weighing 2.1 kg (4.6 lbs). He was born on January 23rd. He was born out in his Maasai village. (The same village our first Neema baby, Franki, came from.) Daudi’s mother sadly hemorrhaged after his birth. They saw she was in trouble and took her to the closest clinic. There they saw that she was doing very badly and told them to take her to town to a hospital. She passed away on the way. Daudi’s mother was forty-five years old and left six children behind. Daudi was brought to Neema with his uncle, grandmother and the village social worker. His father stayed behind to care for his other five children. When Daudi is older and stronger he will return home.

Sponsor This Baby
Religion that God our Father accepts as pure and faultless is this: to look after orphans and widows in their distress and to keep oneself from being polluted by the world.
James 1:27 (NIV)