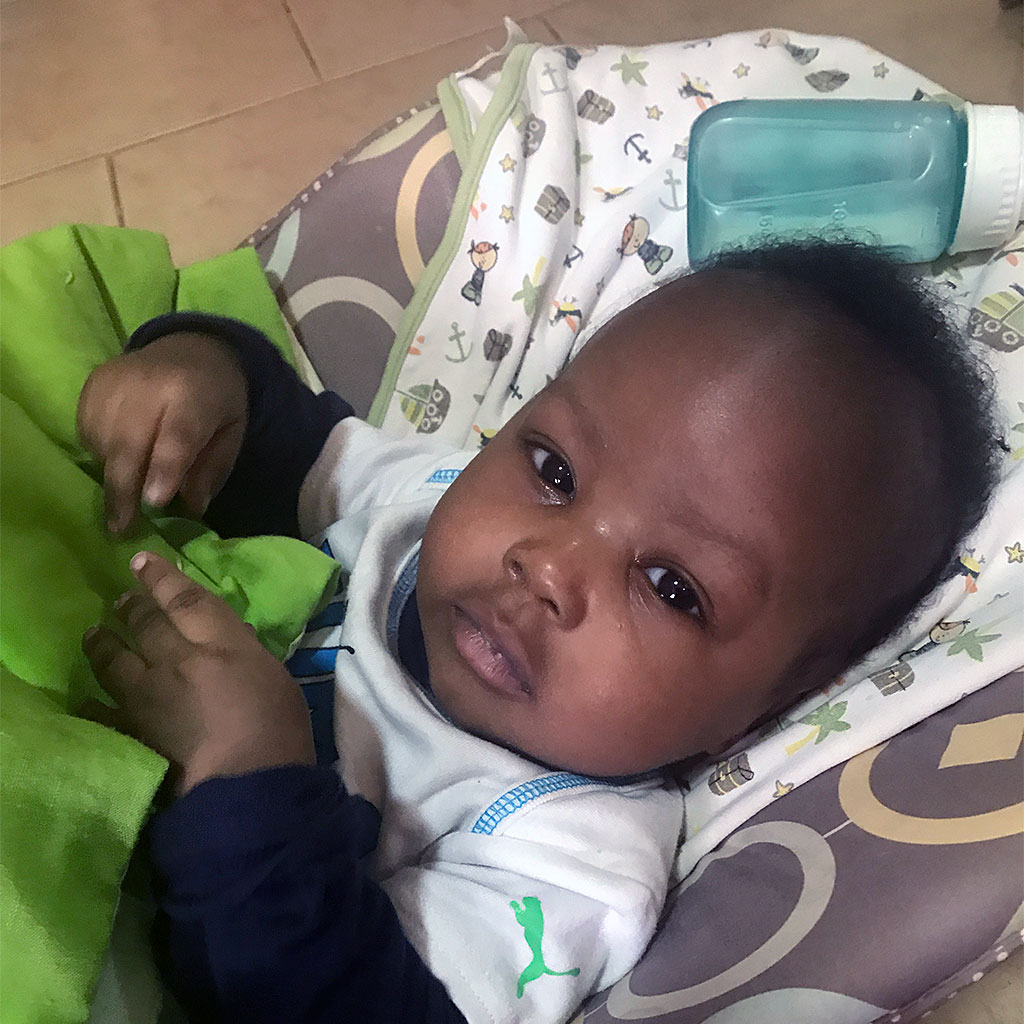 Baraka #3 was born on 27th of May, 2017, His mother went to another region about a 10 hour drive from Arusha in Tanga. She went to look for land so she could farm and make a living. Instead, she got pregnant and gave birth to Baraka. She sadly got sick shortly after and passed away. Her family didn’t know anything about what happened. So, the neighbors took care of the child. They searched for the family and found the uncle (Brother of Baraka’s mom). When the uncle found out that his sister died and had a child, he decided to take the baby with him back to Arusha. He has a big family to take care of, two wives and six children. Some are the same age as Baraka. So, he feels he cannot take care of Baraka at this time. The uncle went to social welfare for help and they referred him to Neema Village. We are happy to love him. He is a very healthy baby. He weighed over ten lbs. when he came to us. He is doing very well. While he is here at Neema would you please consider sponsoring him?