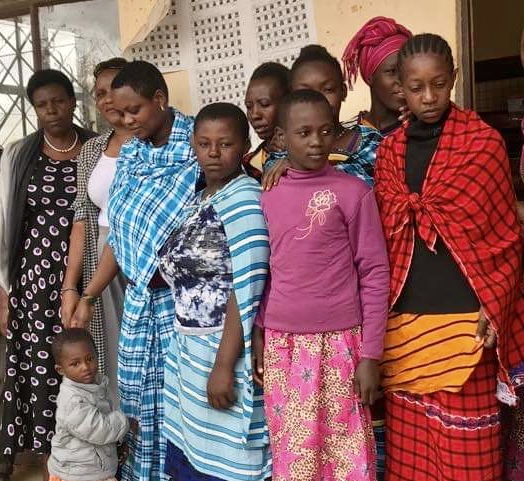 Many young girls as early as twelve years of age are forced into early marriage in Africa.  They are too young to have babies and many of them die when they are in labor.  FGM (female circumcision) is illegal in Tanzania but is still practiced in many remote villages.  It is a rite of passage and a source of great pride for those women who survive it.  Often young Maasai warriors will not marry a girl who is not circumcised.  Scar tissue from FGM does not stretch like normal tissue so when these young girls are in labor they tear and die and bleed to death.  Many young girls will run away from home to escape early marriage and FGM.  These seven young girls are part of those brave young women who want an education and a chance to live their lives.  We have set them up in a sewing co-op making school uniforms.  When you support the MAP program sponsored at Neema Village you are helping young women like these young girls.  Bless You!

How to Help
When you leave this earth you can take nothing you have received, only what you have given.
St. Francis of Assisi