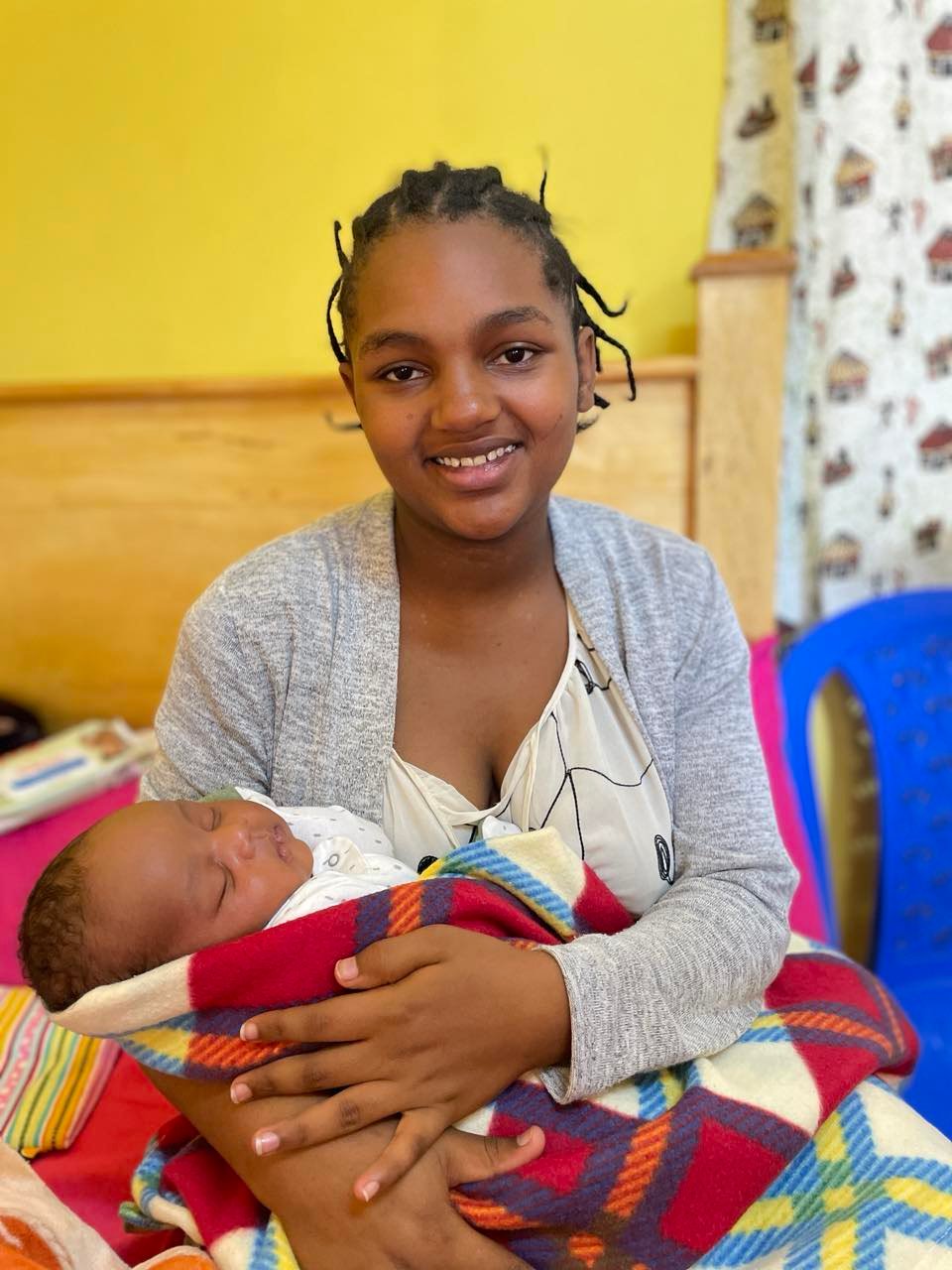 This story is hard to read but bear with us God has a plan.  Florah is 16 years old. When she was 12, she was raped and had a baby. Her mom was HIV positive, so Flora left after she had the baby to try to make money to help her mother. When she got back to her mother’s house, her mom was so sick and had lost or sold everything in the house to pay her rent. Not long after Flora got back to take care of her, she died and left Flora with her little brother and a baby. Her uncle came from Dar es Salam for the funeral and he took Flora’s little brother and her baby home with him to take care of them and left Flora here to fend for herself. (She was probably between 13 to 14 at this time). She found a job as a house girl, but the son of her boss raped her. When she confronted her boss about the rape, he kicked her out and told her she was ruining his son’s life. She didn’t realize she was pregnant and started selling soap on the street but she was homeless. A woman saw her carrying a heavy sack on her back and offered her a place to stay and was willing to help her. But when she began to show and the woman realized she was pregnant, she made her leave because she had helped a girl in the past who was pregnant and that girl ended up passing away during childbirth. Because of that bad experience, she told Flora she could not stay with her anymore. But the woman did contact Angel and that is how she became a MAP mom. She had her baby on October 14 and he weighed 3.5 kg. He is a big boy. She named him Caren.  Flora speaks good English and is a beautiful 16 year old girl. We believe she will do very well in the MAP program.

How to Help
Religion that God our Father accepts as pure and faultless is this: to look after orphans and widows in their distress and to keep oneself from being polluted by the world.
James 1:27 (NIV)